We are delighted to present and host ODEUROPA, a European project designed to explore what clings most to people and their environments: their smell.

Nothing is more familiar, nothing is more subtle, nothing is more multifarious than an odour, whether it is called aroma, bouquet, scent, emanation, redolence, exhalation, fragrance or fumet… Or better yet when it is described as sweet, heady, musky, suave, honeyed, or foul, disgusting, nauseating, stinking, mephitic, or simply smelly.

How to capture and name the smell of a manuscript in a library with historical collections, the scent of Lancashire sheets or Dutch silks and velvets in the 17th century? It was not good to “smell like a rabbit” in 1860s France if you wanted to be in high society, although it was possible, with some effort, to go in “odeur de sainteté”

Embracing all this and much more, ODEUROPA will help us explore, scrutinize and analyze smells. And, thanks to digital technology, the numerous expressions of this infinite sense will be aggregated to build a “backbone of an encyclopedia of past scents”. 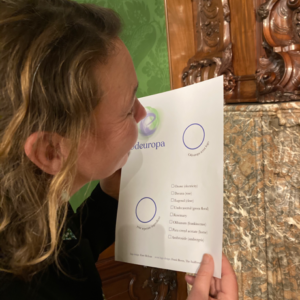 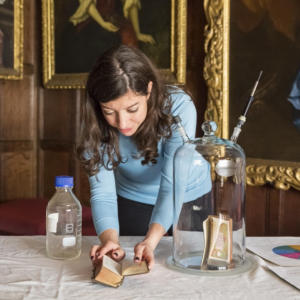 In the past 10 years, she’s focused on the role of smells in heritage, developing a framework to identify and preserve historic odours. Working with heritage organisations, conservators, chemists and perfumers, she has preserved historic scents from a historic library, a 17th-century pot-pourri and the smell of mould in heritage churches. Cecilia is interested in an interdisciplinary approach to smell and the preservation of olfactory heritage. Currently, she is part of the olfactory heritage science team at the UCL Institute for Sustainable Heritage In London, and works on Odeuropa. 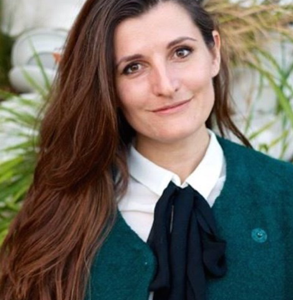 After working as a curator in several museums (Stedelijk Museum, Rijksmuseum Amsterdam), Caro Verbeek switched to an academic career in 2015 and finished her PhD on smell in relation to art history and museology in 2020. Her aim is to (re-)construct a more inclusive and democratic history of art by re-narrating it from and through a sensory perspective. Besides curating olfactory exhibitions, tours and workshops, she founded the scent culture platform “Odorama” at Mediamatic. Last but not least, she is an education innovator both within museums, art academies and universities designing several courses and tools to enhance the sensory gaze. Because of her hands-on, nose-on approach within academia, she is described as an ‘artistic scholar’ and ‘academic performer’. 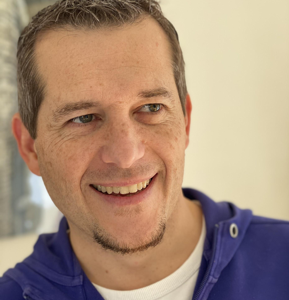 He obtained a PhD in Computer Science from Grenoble University (France) in 2004 and had research positions at INA (France), CNR (Italy) and CWI (The Netherlands). He published nearly 200 scientific papers in various journals, top tier conferences and associated workshops and held key organisational roles in multiple world-leading conferences. He will be General Chair of The Web Conference in 2022. He is an expert in knowledge engineering, information extraction and recommender systems. He is the primary investigator of a number of National (ASRAEL, ACAV, ANTRACT, Datalift, DOREMUS) and European (H2020 Odeuropa, H2020 SILKNOW, H2020 MeMAD, CHISTERA CIMPLE, FP7 LinkedTV, FP7 MediaMixer) projects where semantic technologies and information extraction are used together to build knowledge graphs, exploratory search engines and recommender systems. He wrote a report for the French Minister of Culture and Communication about the adoption of semantic web technologies to promote the description of touristic and cultural events.